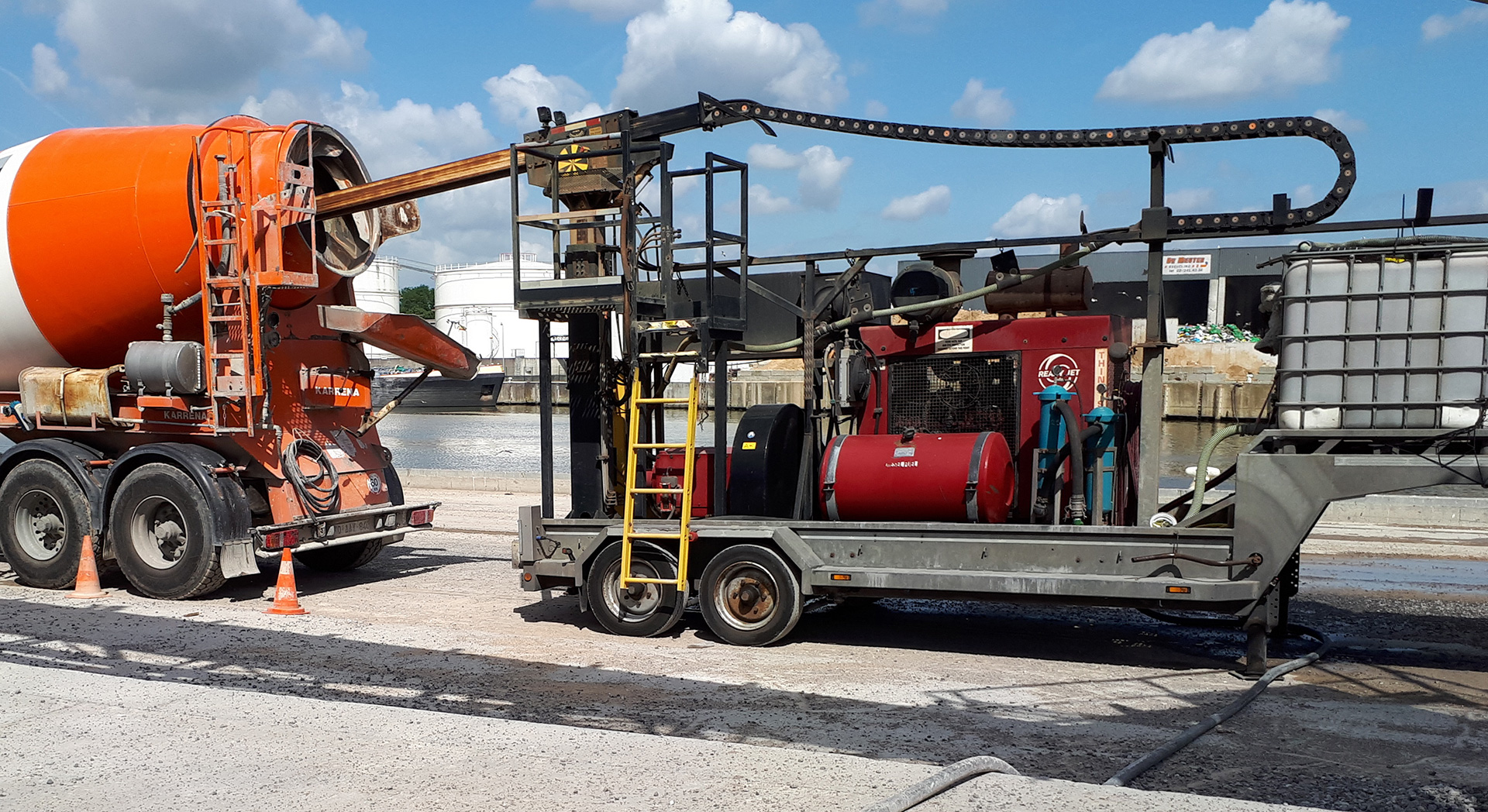 is established as ReadyJet distributor for Europe and Russia. ReadyJet Service Providing in Europe starts

Winner of the annual BGRCI Health & Safety Incentive Award, preventing workers being sent into the confined space of the mixerdrum for manual removal of concrete buildup

Establishing  “Blascon GmbH Germany” in 2010 resulted in better and easier penetration on the German concrete market. Blascon refers at this point to more than 200 German customers for ReadyJet concrete removal service providing.

Blascon GmbH became in 2012 winner of the incentive award of Germans BGRCI, the Health and Safety authority for the German concrete industry, as most innovative contribution to health and safety  for the readymix concrete industry.

ReadyJet
From 2009 Blascon B.V. operates as ReadyJet distributor for Europe and Russia. During the years machines were sold to Scotland, England, Spain, France, Switzerland, Sweden, Finland and Russia. Also we were involved in ReadyJet sales to the Philippines and Caribbean.  Our network regarding readymix concrete industry innovations covers the globe.

Blascon engineers have been playing an important role for major ReadyJet improvements resulting in still operational ReadyJet’s from the first generation.

DrumJet
Prevention of buildup accumulation is named DrumJet. The washout solution for daily or multiple daily, quick (5 minutes) washout of mixer drums. This machine is designed by our engineers meeting the industry demand of a robust, automated and driver independent drum cleaning device. At this moment, 2019, the third generation of the DrumJet has been launched.

Increasing demand for robotic mixerdrum washout & concrete buildup removal systems, hopper lifting systems and service providing makes us confident to believe in a great future for our products while serving the concrete industry.